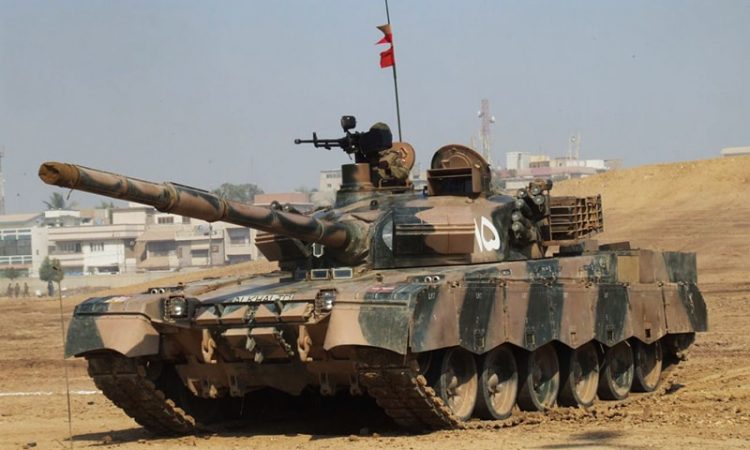 Armour is an important part of any modern armed forces. Since WWII, armour has played a critical role in warfare. Armoured warfare today is part of a combined arms philosophy, where the soldier is supported by tanks, artillery and close air support (CAS), while being protected by organic air defence.

The Pakistan Army (PA) is largely composed of infantry battalions with a proportionately small number of tanks and some reasonably sized artillery to support them.  Pakistan’s three major wars with India were fought with infantry having little or no supporting firepower from other arms.

In more recent counter-insurgency operations, tanks and close air support played a key role. Both provided a powerful support to infantry and a major psychological advantage.

The PA thus rediscovered the importance of armour and realized that in a future conventional war, MBTs and close air support can give a major morale boost to the soldiers.

Pakistan’s first tanks were handed down from the British Indian Army. These were thirteen odd Stuart tanks, to defend a border of 5,000 miles. As the years progressed, Pakistan began to acquire US tanks. However, after the 1965 war, as Western weapons supply lines began to dry up, Pakistan began importing Chinese tanks. Starting with the T-59, Pakistan soon developed a large stock of Chinese tanks including the T-69 and T-85. Pakistan’s first indigenous tank, the Al Khalid, is itself derived from the MBT 2000, Type 90 IIM tank.

There were however, certain shortcomings of Chinese tanks. This included issues with the engines, targeting systems, transmissions and build quality. As the Soviet Union collapsed, Pakistan Army took its chances with the Ukraine, from where it sourced T-80UD tanks, and engines for its T-59 upgrade (al-Zarrar program) and in its indigenous Al Khalid program.

Current Inventory of Tanks in the PA

Pakistan’s current inventory of tanks thus includes Chinese, Ukrainian and indigenous tanks. The largest number goes to T-59 tanks, with about 1200. Of these, about 600 have been upgraded to al-Zarrar, with extensive modernization including armour, engine, gun and targeting systems. The other 600 T-59s have been upgraded to T-59 II standard, and it is planned to ultimately upgrade them to al-Zarrars.

The engine has been sourced from the Ukraine, while the Fire Control System (FCS) and Battle Management System (BMS) are locally developed, with certain parts sourced from France and China. The tank gun is indigenous, essentially based on the Chinese 125 mm gun, which itself based on Eastern European designs. The steel used in the gun was sourced originally from France, for a high velocity capability, but more recently is being manufactured locally.

The tank has also been up armoured with a new turret.  There however is a limit to how far the al-Zarrar can be modernized, as its design is dated.  Pakistan Army is focused on modernizing their Main Battle Tank Fleet.

Company profile
how can we help you?