Malaysia and Pakistan to Cooperate 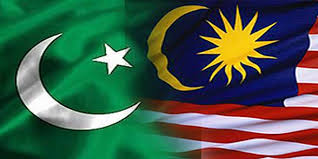 Last week, Malaysia’s navy chief paid an official visit to Pakistan. The trip, which saw a long series of engagements and was widely covered in Pakistan media outlets, was indicative of longstanding efforts by both sides to explore opportunities to advance their defense ties even amid the challenges that remain.

Though Malaysia-Pakistan ties have had significant challenges in the past, including in how Malaysia calibrates engaging New Delhi and Islamabad, relations have continued to develop over the years, including in the defense realm. Both sides have been exploring collaboration in their military-to-military ties, including through their Joint Committee on Defense Cooperation (JCDC), which was set up in 1997.

Though progress has been slower and more uneven than both sides would like, the JCDC has seen the two countries explore and move forward on aspects of cooperation such as training, military exercises, and defense industry collaboration. Malaysia and Pakistan have also been sharing experiences with each other on issues of common interest, such as terrorism, and increasing familiarization in terms of how both militaries work.

Over the past few years, Pakistan defense officials in particular have indicated a desire to strengthen certain aspects of that cooperation in areas like training and information-sharing, especially on terrorism, as well as defense equipment. Though rhetoric has far outpaced reality, there have been some inroads made, including on individual aspects of collaboration as well institutionalizing the framework for military-to-military cooperation as was done during then-Pakistan Chief of Army Staff General Raheel Sharif’s visit to Malaysia in August 2016.

This week, in another development that made the headlines, Royal Malaysian Navy (RMN) Admiral Tan Sri Ahmad Kamarulzaman HJ Ahmad Bahruddin paid an official visit to Pakistan. During the first leg of his visit, Kamarulzaman met with several officials, including Chief of Naval Staff Admiral Zafar Mahmood Abbasi, where both sides discussed areas for existing and future naval collaboration.

Unsurprisingly, few details were released about what areas both countries were looking to advance. But the treatment Kamarulzaman received, including being conferred one of Pakistan’s highest military awards for advancing bilateral defense relations and being exposed to a wide range of officials and facilities, is indicative of Islamabad’s desire to explore closer ties not just between the two military establishments, but also individual services. That makes sense for Pakistan not only in the context of the bilateral relationship, but also in deepening its engagement with other Asian states (as India seeks to do so as well) and playing up Islamabad’s role as a contributor to regional and global security rather than a security threat as it is often portrayed.


Company profile
how can we help you?