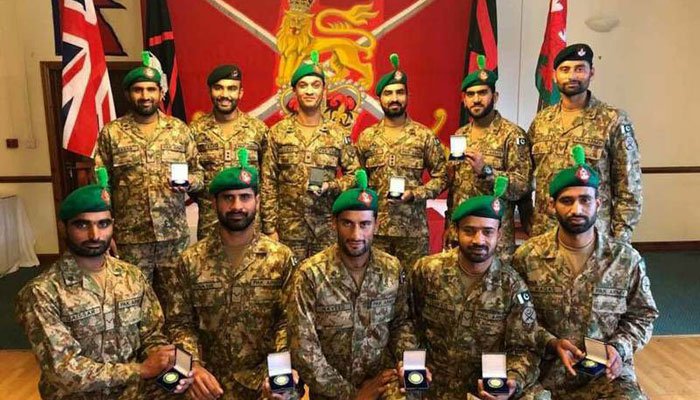 RAWALPINDI: A team from the Pakistan Army has won the gold medal in the premier patrolling exercise of the British Army – Exercise Cambrian Patrol, an arduous test in which around 131 teams from armies across the globe participated.

According to a statement from the Inter-Services Public Relations (ISPR), this was the fourth time that the Pakistan Army has won Gold in the Cambrian Patrol, with a Pakistani team winning gold medal last year as well.

The grueling patrolling exercise, organized and run by the British Army, is physically and mentally demanding as the participants have to cover a distance of 80-kilometres in 48 hours while trekking through the rugged Cambrian mountains in Wales.

Cambrian Patrol is also the highlight of the British Army training calendar.

The exercise is an annual event organized and run by 160th Infantry Brigade and Headquarters Wales, based in Brecon.

The exercise is unique, world-class, and the largest of its kind with some foreign entrants having to claim the right to take part in the UK by winning through their own domestic competition.


Company profile
how can we help you?